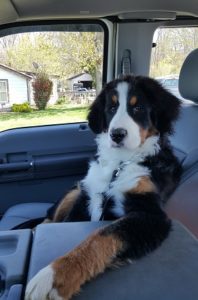 Please scroll down to leave review.

We shopped around quite a bit but this company was by far the best. The product is beautiful, the price was right and the workmanship was A plus. The owner, Ted, oversees the job so you know it will be done right and ours was! We got roof, 4 skylights, and metal roofing. It looks great. We’ve got a warranty and the job site was spotless upon completion. The process was smooth and fast from quote to completion I think it was about 5 days! We highly recommend Rock.
– – – Jeff S. (Middletown area)

We called at 8 o’clock and Ted was here by 9 o’clock on a Saturday morning. Everything was fixed by 10am and the price was reasonable.
– – – Susan, Newark, DE

I had an old leaky roof. Rock Roofing company came out and made a complete roof replacement. The crew did a clean neat job and completed the job in a professional manner. I would highly recommend Rock Roofing to any of my friends or clients.
– – – Tina, Wilmington, DE

Rock Roofing just replaced our roof and we could not be more pleased. Ted (the owner) was efficient, reasonable,professional, and did a great job communicating with us. His crew did an amazing job cleaning up the job site each night.
Extreme satisfied.
– – – Elizabeth Munson (Middletown area)

Rock roofing company is fantastic! I called Ted on a Tuesday for an estimate and Ted and his crew completed the job by the end of the day Saturday! Pricing was very reasonable, and it looks great. I couldn’t be happier! I would highly recommend to all of my friends, family, and neighbors!!!
– – – Michelle Quirk – Landenberg, PA

Rated highly for: Responsiveness, Quality, Punctuality, Value
Ted was a pleasure to work with. I called his business on Labor Day, not expecting to get an answer and he picked up on the first ring. He was at my house the following the day to give me a free estimate and the job was done within two weeks. Ted was referred to me by a friend (Kathy Zane also left a review) which is why I decided to go with him. Hats off to his work crew as well. The foreman, Jose, was acute to answering any concerns or questions I had.
– – – Nathaniel – New Castle, DE

Needed a new roof Rock Roofing Company was the best call that we could have made.What a great job,the team was professional and responsive and had the new roof on before we even knew it.
– – – Shaun & Regina – Media PA

This was the 2nd job Rock has done for us. They replaced an existing roof which had leaks and now repaired gutter downspouts. They were professional, quick and I highly recommend them.
– – – Eleanor Gregory (Middletown area)

They did a great job. All in one day and cleaned up nicely – would recommend.
– – – Ryan Connell (Middletown area) 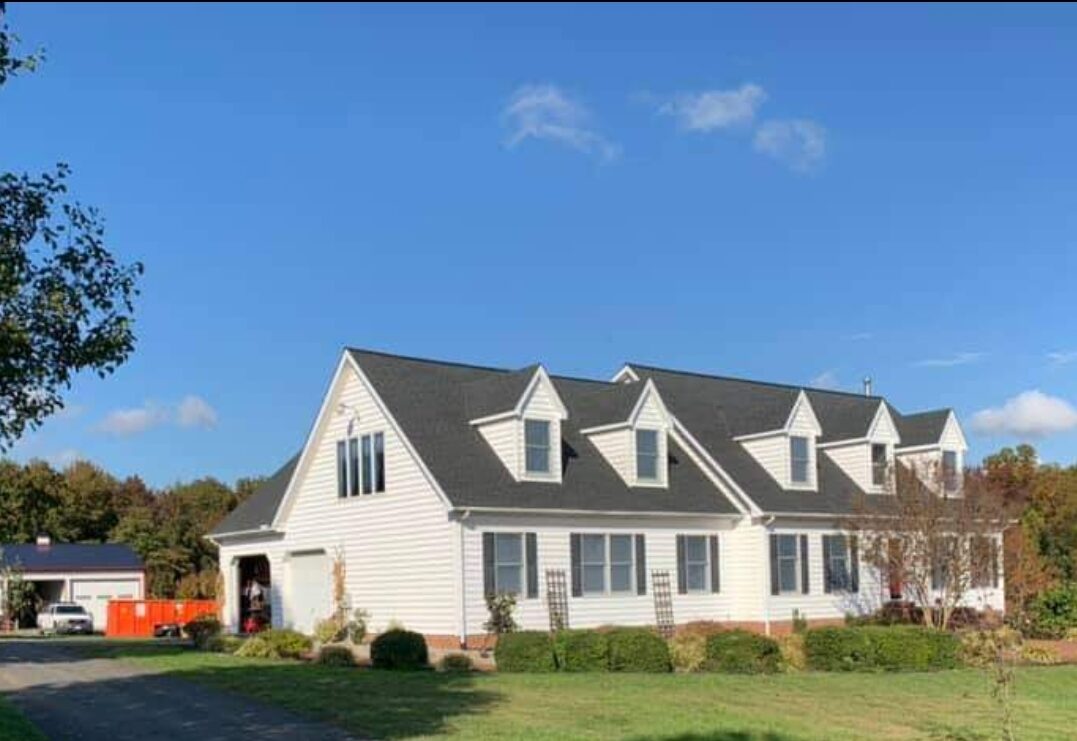 Rock Roofing is fantastic. The job was completed in a single day, with complete cleanup and professional workmanship. Shingles look fantastic. About a year later, I found 1 shingle was starting to curl. I emailed Ted asking how much it would cost to repair, or if I was under warranty. By the end of the day I just got an email saying it was “taken care of”. Indeed, he came out to my house and repaired the shingle at no cost to me and near immediately. This company is amazing.
– – – Business Yeti (Middletown area)

Had a leaky flat roof. Called on a Tues and fixed on the next day! Wonderful quick service. Was given excellent information of different options on how to repair it along with prices. Will definitely call when need a new roof and will gladly recommend to my friends and neighbors.
– – – Carlynne

I’m extremely pleased with the work done by Ted and his awesome crew. My new roof looks great and they were very careful to keep everything safe and clean. On top of that, price was better than the competition! Neighbors have already told me that they’re impressed.
– – – Ray, Pike Creek, DE

Rated highly for: Punctuality, Responsiveness, Quality, Value
On Sat.Sept.14th, Rock Roofing was replacing my next door neighbors roof. I ventured over to ask if someone could stop by to talk to me about my roof. With in an hour, Ted Rock (owner) knocked on my door. We walked around my property and discussed replacing my roof, cost, etc. Later afternoon I received an estimate via email (quick). Two years prior, I had gotten an estimate that was more than double of Ted’s, without the extras. Within a couple days, Ted and I talked and set a date to replace my roof on Sat.Sept. 21st. Ted and crew were at my door promptly by 7am to start the job. By 2:30 pm my house, overhang at driveway and, shed had brand new roofs, with all old (one layer) removed. They had to replace five sheets of plywood, and also did some chimney cement work at the time along with a few other things that I did not expect them to do. Ted’s crew “meticulously” cleaned my property as if they were never there. Not a roofing nail to be found!!!! Absolutely AMAZING!!! Ted is a very personable, honest person (No BS), who never once was “forward” or “pushy” about “selling” the job. He takes extra care and oversees the job throughout the day. His crew is very nice, professional, and don’t stop till the job is done albeit lunch. Did I mention a 30 year guarantee, YES. If you like the warm and fuzzy feeling you get when you pay for something and it exceeds all expectations, look no further!!! In need of a roof? Don’t walk…. Run to your phone and call Ted Rock Roofing, you’ll be glad you did!!! WAIT, IT GETS BETTER. It is now Dec. 5th, and a knock at my door is one of Ted’s men to perform a complimentary roof and gutter cleaning!! Are you kidding me? Unbelievable Top Notch Service. Ted & Crew are undeniably the ABSOLUTE BEST!! Thank You & HAPPY HOLIDAYS.
Sincerely,
– – – David Geiss (Middletown area)

Nothing but great things to say about this company. They came out and gave me a quote right after inspecting the roof and were out the next week to replace it. Their crew was big enough to complete the entire roof in one day. I was a little apprehensions about using a company with so few reviews online, but in the end I had nothing but a great experience (and a great new roof). I would definitely recommend them to anyone looking for a new roof or repairs.
– – – Scott, Delaware

My girlfriend’s aunt had a bad leak on her roof so we called around to local roofers and Rock Roofing not only answered right away (apparently this is even hard for roofers to do) but the owner left a job just to come give a free inspection. The owner was far more than we expected. He wasn’t a pushy salesman at all even in an emergency situation. This guy truly cares. Finally! He offered an option of fixing the issue but after his thorough explanation and pictures he took of the roof to explain we decided to replace the 20 year old roof. Rock Roofing made the whole process easy and even enjoyable. The owner was out on a Friday and we were scheduled and finished on Monday!!! I would recommend anyone looking for roofing to at least let this company try to earn your business. I think you will be pleasantly surprised.
– – – Andrew

Finding a contractor of any kind is frustrating. Time issues, availability issues, shoddy workmanship, and outrageous estimates and fees make getting work done to your home, usually, not a positive or pleasant experience. Not so with this company. I 100% recommend Rock Roofing. Awesome company and crew. Nothing detrimental to report at all. I’m a very satisfied customer.
– – – Kat

This was the 2nd job Rock has done for us. They replaced an existing roof which had leaks and now repaired gutter downspouts. They were professional, quick and I highly recommend them.
– – – Eleanor 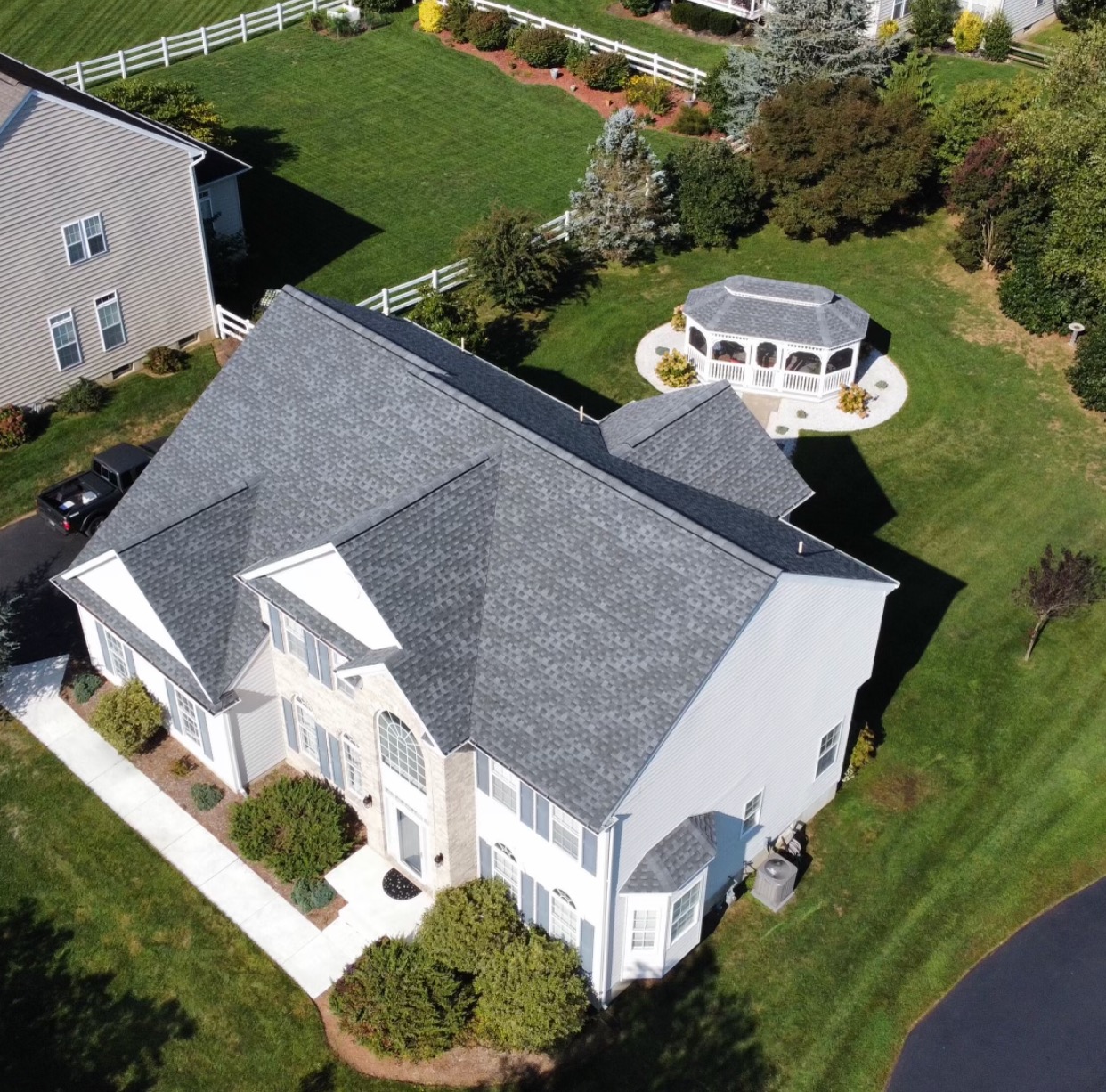 Review Us
Customer reviews are the number one way small businesses thrive. We would greatly appreciate a positive review from you.